Responsible for this content
Lahntal Tourismus Verband e. V. Verified partner  Explorers Choice
Hikers who are fans of nature and great views will definitely enjoy the path that runs along the edge of the "Wehrley" nature reserve. And the next highlight is already ahead: the medieval town of Runkel.
open
moderate
Distance 13.4 km
Duration4:45 h
Ascent148 m
Descent159 m
Right at the beginning you will find the Lahn Marmor Museum. With the view of the König-Konrad-Felsen on the opposite side of the Lahn, we say goodbye to the marble town Villmar. Being above the Wehrley might also be a nice spot. The "Wehrley" has been a nature reserve since 1978. Runkel with its massive castle above the sluice and the old Lahn bridge is fascinating. Another highlight is waiting for you at the destination of the stage: Limburg. Enthroned on a rock, you see the town´s landmark: Limburger Dom with its seven towers. And the 12th century old town of Limburg has been preserved to almost full extent.

Latest opening in Villmar is the new Lahn Marmor Museum - well worth seeing!

The old town of Limburg is a jewel! You should try the local speciality "Limburger Edelsäcker" (stuffed pork loin with dried meat, cucumber and sauerkraut).

For information on diversions and relocations, please see our "Current Information".

Information on restrictions in the rail network can be found here.

The stage starts at the Villmar railway station. From there, follow the signposts and markings of the access trail towards Limburg. A real rarity is the call train barrier, which you have to pass on your route up to the heights. Press the lever, ask friendly for opening the barrier and it lifts itself up as if by magic. After crossing the railway tracks, the trail climbs with a beautiful view of the König-Konrad-Denkmal and past the venerable Ibach Eiche (oak tree).

At the top, at the Villmar Süd signpost, keep left and continue along the edge of the forest. A short detour to the left leads us to a worthwhile vantage point overlooking the Bodensteiner Lay and the König-Konrad-Denkmal. Next you walk across a meadow and along fields. Following the markings, you descend to the railway tracks again. There a path to the right leads uphill through the Wehrley nature reserve of Runkel.

Next highlight is waiting ahead: The Otto-Bruchhäuser-Tempel, a viewing pavilion that is situated high above the Lahn. Afterwards, you will leave the nature reserve and hike down the paved road to the medieval town of Runkel, which you will reach via the beautiful Lahn bridge. Tip: You should definitely make sure to visit the enormous castle complex!

Past Runkel, you will have to walk for a short distance along the Lahn and underpass the road L 3020. Now a beautiful path leads uphill and along a Jewish cemetery. Then the path runs parallel to the Lahn and along the heights. At the Blücher Schanze one can commemorate the 250 soldiers of the Prussian army who were buried here in 1813. Still follow the markings through the forest. Before reaching Eschhofen, you leave the forest and the view opens up to the gigantic church of St. Lubentius in Dietkirchen. In Eschhofen turn right at the signpost towards the Lahnauen. Cross these and you will finally reach Limburg by walking on an old towpath which leads you underneath the new autobahn bridge and the ICE bridge. In Limburg you will continue along the Lahn for quite some time.

Passing Römer 2-4-6, one of the oldest free-standing half-timbered houses in Germany, you climb the stairs up to Limburg's landmark, the cathedral. From there you descend to the picturesque old town with its wide range of culinary and cultural attractions. From Kornmarkt you can easily get to the railway station if required.

all notes on protected areas

Book recommendation by the author

These suggestions were created automatically.

Would you like to the ask the author a question?

Help others by being the first to add a review. 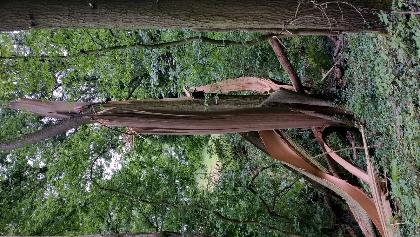 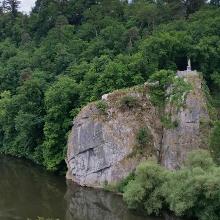 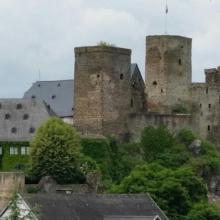 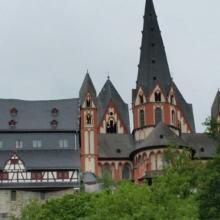